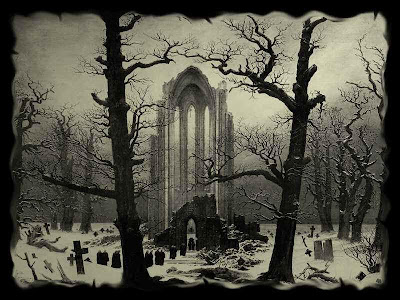 The night of Friday 13 March 1970 witnessed in England the largest vampire hunt of the twentieth century by members of the public. It bordered on hysteria and led to local police having their leave cancelled to contain it. Just how many were involved would be difficult to estimate, but certainly hundreds. In the preceding weeks, the Hampstead & Highgate Express (a local newspaper) told of unearthly goings-on at Highgate Cemetery. Its February 27th issue ran the headline "Does A Wampyr Walk in Highgate?" The front-page headline of the following fateful week's edition told of the matter being discussed on television that very evening by Seán Manchester who recounts the event in his bestselling book The Highgate Vampire:
. 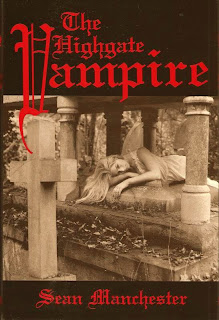 "... attempts to shoot the interview by the north gate were abandoned and the actual filming took place outside the main gate further down Swains Lane. Some independent witnessed, including several children who had seen a ghostly manifestation, were also interviewed for the programme. One person said: ' Yes, I did feel it was evil because the last time I actually saw its face and it looked like it had been dead for a long time.' Another witness commented: 'It seemed to float along the ground.' One of those interviewed who claimed to have seen the vampire was a certain David Farrant, a pathetic figure whose infatuation with the Highgate haunting was to earn him an undeserved notoriety and send him on a helter-skelter into the abyss of the dark occult. The programme was transmitted at 6.00pm on Friday 13 March 1970: the eve of the proposed vampire hunt. Eamonn Andrews introduced the viewing audience to a report on the Highgate Vampire. Within two hours Highgate was the scene of utter pandemonium as crowds of onlookers flocked to Swains Lane. The number multiplied as the evening progressed. Police on foot and in cars were unable to control the swarming mass of those who had arrived to witness the discovery of a modern-day vampire infestation in their midst. And its eradication! While chaos and frenzy continued to erupt in Swains Lane, a group of hand-picked researchers led by myself, constituting the official vampire hunt, made their way to the catacombs in the inky darkness of the cemetery." ― Seán Manchester (The Highgate Vampire, pp. 76-77). 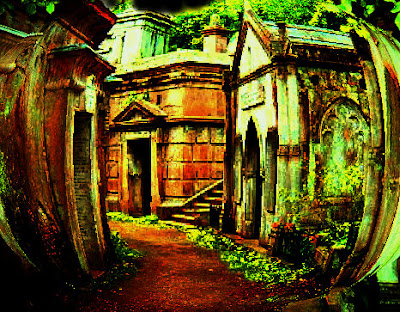 What followed would confirm the investigating hunters' worst fears. 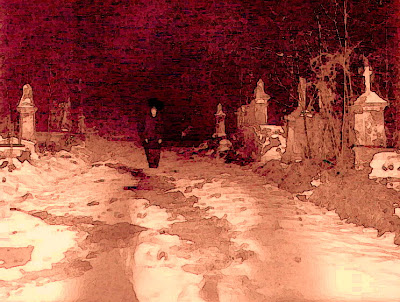 Yet people still ask the question ...

Posted by British Occult Society at 08:33

To avoid tiresome posts of an abusive nature, approval from a former member of the British Occult Society is required before commenting.

British Occult Society
The mass vampire hunt at Highgate Cemetery on 13 March 1970, following reports in local and national newspapers, plus a television interview with various witnesses earlier that evening on British television, led to a spate of amateur vampire hunters inflicting themselves on Highgate Cemetery with home-made stakes, crosses, garlic, holy water, but very little knowledge about how to deal with the suspected undead if they encountered it. The president of the British Occult Society had made an appeal on the Today programme at 6.00pm to request the public not to get involved, nor put into jeopardy the investigation already in progress. Not everyone heeded his words.